All about me and my oil painting classes in Dublin

I started out life in London and moved to Ireland thirty years ago, to follow my dream of playing traditional music which I still do.

After a school life where I was largely absent in spirit, I was politely invited not to come back when I reached 16 at the end of my ‘O’ level exams. Therefore it was either join the army or take an apprenticeship but I didn’t want to be pointing guns at anybody, let alone my own people. Art college was out, due to  family circumstances (My mum needed an income). Furthermore, the prevailing attitude at the time that it’s impossible to make a living through art. I had absolutely no idea of what to do with myself after school ended.

I spent the next year or so working for Mrs Patel in our local grocery shop, hoiking sack of spuds and stocking shelves and listening to her singing Bollywood songs and hanging around with her boys. I had a great summer but I wasn’t going anywhere, so I had to start looking around for a more serious job in a trade. So, because I mentioned that I was good at art, a woman at the local Job Centre handed me a phone number of a printing company that needed an apprentice. Thus, I ended up indentured into the printing trade (graphic reproduction).
It turned out printing has very little to do with art of any kind although I met several piss-artists.
However, it’s there that I learned about colour; specifically the rational side of colour. However, things change and fairly quickly the branch of the business I was in collapsed under the onslaught of new technology. That, and it was such a pressured and thankless business that there were quite a lot of barking mad people in it. I’m glad I escaped.

Then, married and with our first baby on the way, I decided to try out what I suspected I could make a living at; art and illustration. In fact, I started out drawing cartoons for newspapers under the pseudonym Titch McCoy and over the years progressed onto full colour illustrations.

For many years, my illustration work appeared  regularly in the Irish Times, Sunday Business Post and the Wall Street Journal, amongst many other papers. You can look at my fine art and illustrative work here.

I helped set up and establish the Illustrators Guild of Ireland and was Chairman for the first five years of its existence. Around 2008, I started making my Daily paintings (small oils studies -often still lifes or landscapes – done as practice pieces and warm ups). I continued for a few years until I bounced off in different directions. Now I’m back doing them again and you can see some below: 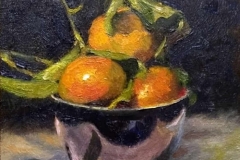 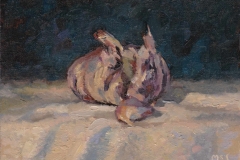 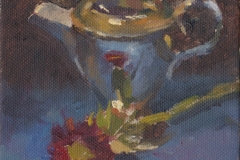 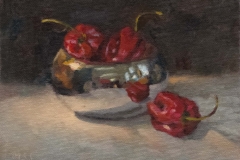 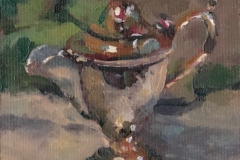 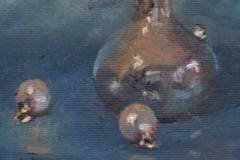 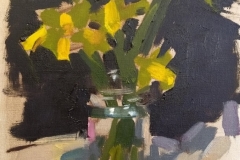 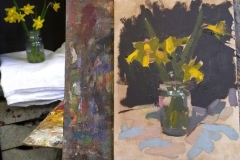 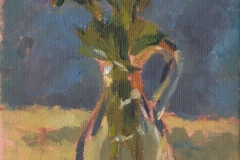 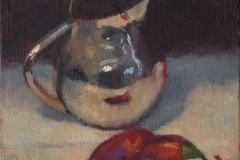 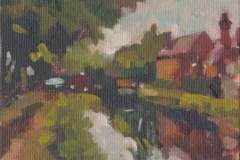 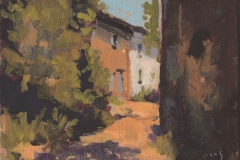 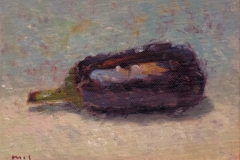 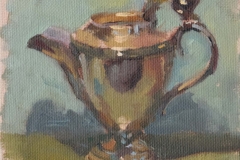 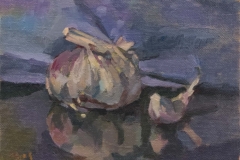 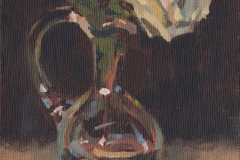 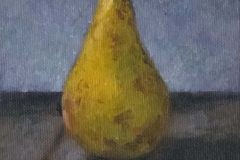 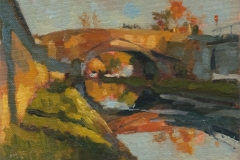 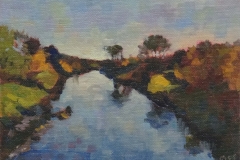 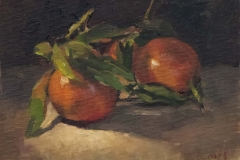 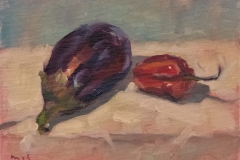 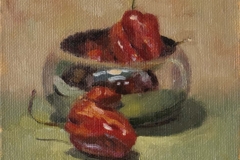 Since then, I’ve been involved in exhibitions in Le Louvre in Paris and the International Cultural Centre of the City of Nantes. My work hangs in the British National Collection.

I also started teaching morning and evening art and painting classes in 2008 in my studio. I’m a sociable type and I like to have people around to stave off cabin fever. The classes have also helped me in several other ways: Since I only teach adults, I especially like the combined experience and wisdom at my classes. Having a more regular income also stops me becoming reliant on selling paintings, which is a sure-fire way of ending up painting what people want rather than what I need to paint. That’s a route to becoming a hack. The conversation is good and so is the coffee.